Pete grew up as a “Service Brat”. His father was a 20-year Naval Officer and they have lived all over the world. He is the middle son of three boys. His older brother is a retired Colonel from the Air Force and his younger brother is a retired Lt. Colonel from the Air Force. He attended Greenbrier Military School in Lewisburg W. Virginia, a family tradition. After four years of college at Elon College in North Carolina, Pete began his career as a fifth-grade school teacher in Pittsylvania County, VA. His career as a fifth-grade teacher lasted one year. In 1972, he entered the U.S. Air Force and graduated from Navigator training in 1973. In 1998, after an extensive military career, he retired from the Air Force as a Lt. Colonel. During this time, he completed his Masters of Business Administration and his Doctorate of Education in Applied Aviation and Space from Oklahoma State University. Over the next 17 years, he was the Senior Instructor of the Junior R.O.T.C. program at Edmond North High School. In 2015, he retired from teaching and has devoted himself to helping disabled veterans, spending time with his grandson and helping around the house.

Dottie grew up on her family farm five miles west of Thomas, Oklahoma. She attended Thomas Public School where she participated in FHA, Basketball, and Band. Dottie is the middle child of three. She has an older brother who is living on the family farm and a younger sister, who is no longer living. Dottie married at the age of 18 and she and her husband attending two years at Southwestern Oklahoma State University (SWOSU) before moving to Tyler, Texas in 1970. During that time Dottie was a legal secretary for two different Law Firms. In November of 1973 their daughter Deidre was born. In October 1975 Dottie lost her husband. On September 15, 1977, while still living in Tyler, she met Capt. Pete Tucker on a blind date. Pete was stationed at McConnell Air Force Base in Wichita KS. Over the next four months, they had a total of seven (long distance) dates. They were married on December 17, 1977.

Three months later in March 1978, Pete, Dottie, and Deidre moved to Okinawa, Japan where they were stationed until July 1981. While Pete was busy going TDY (Temporary Duty) and working on the Command Post, Dottie was traveling to Taiwan, Pakistan, Philippines, and Hong Kong. Their follow-on assignment was Seymour Johnson AFB in Goldsboro, NC. While living there, Pete was temporarily assigned to Lowry AFB, CO, where he was trained as an Air Intelligence Officer; and Dottie got her degree in Dental Assisting while she and Deidre stayed in North Carolina. After two years at Seymour Johnson AFB they were reassigned to Langley AFB, VA. During most of their five-year tour at Langley, Pete was gone TDY to Italy, Belgium, Korea, England, and Germany. While he was gone, Dottie devoted her time to raising Deidre and volunteering with the American Red Cross. She did her Red Cross volunteer work at the Base Dental Clinic. She not only worked as a Dental Assistant, she also started a Dental Assistant Training Program where she trained military spouses and helped them to obtain their Dental Assisting Certificates. In 1985, the Base Dental Clinic and the American Red Cross gave Dottie the honor of Red Cross Volunteer of the Year.

In 1988 the Tucker family moved to Midwest City. Pete was stationed in AWACS at Tinker AFB and Dottie continued devoting her time to raising Deidre (who was a Sophomore in High School), and doing Red Cross Volunteer work at the TAFB Hospital. In 1991, after their daughter Deidre headed off to college, Dottie went to work for a Veterinary Clinic for 5 years, then for the next 10 years worked for First Command (formerly USPA & IRA) a financial planning firm.

Over the span of almost 40 years, they have weathered going through a war, military separations, being employed/unemployed and yet are still together and still happy to have found each other. December of this year (2017) will mark their 40th wedding anniversary.

They have had the pleasure of traveling extensively and making many friends along the way. In June 2006, their grandson Aidan was born and he is the light of their lives. Their daughter Deidre is a Sonographer (Ultrasound Technician) for Alliance Health here in Midwest City. Pete is currently volunteering for the Dale Graham Veterans Foundation and Dottie is the Coordinator of the Mobile Meals program here at First Christian Church. 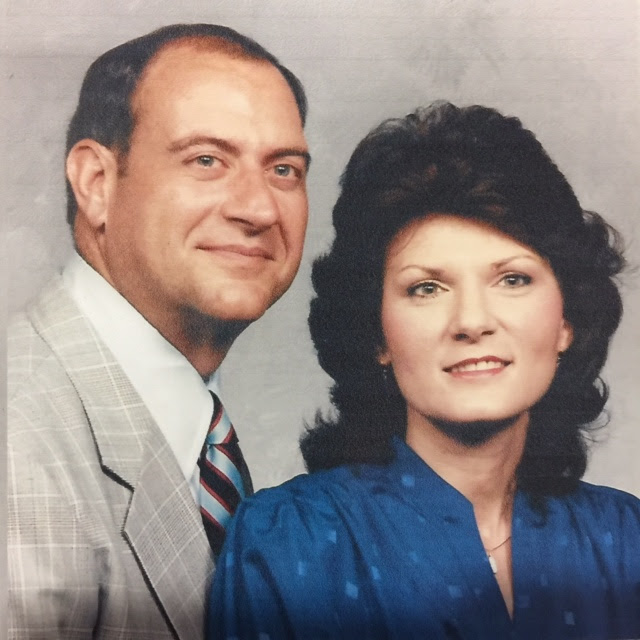 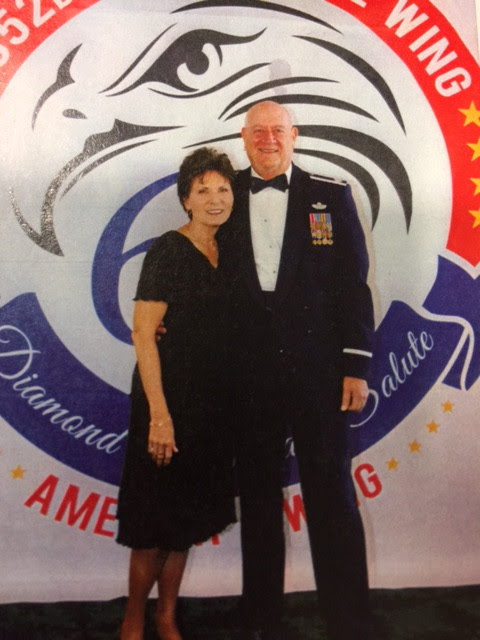